"Spin your nails in the golden ratio!... Then you should have the ability to harness the power of infinity!"

Spin is a Speciality that was introduced in JoJo's Bizarre Adventure Part 7. It was added to the game along with Tusk, and it is obtained by talking to Gyro Zeppeli located in Eli's Pizzeria. To unlock it from him, you need to be above Level 20, have a Steel Ball and $10,000.

Note that you cannot obtain the Spin spec if you are a Vampire, and you need to keep Spin to upgrade Tusk for each Act.

G - Golden Spin: You must charge your Spin bar, buffing Spin related move damage by 35%. (This does not need to be charged for anything, but the damage will not be as high without a charge.) Golden Spin can also buff damage of Tusk's nails and wormhole nails.

C - Spin Punch: The user spins their arm and punches a target, dealing 15.3 damage. With Spin charged, it deals 20.3 damage. The cooldown is 10 seconds and breaks block.

V - Steel Ball: The user throws a single Steel Ball, dealing 15 damage. With Spin charged, it deals 20.3 damage. The cooldown is around 12 seconds. The move goes through block.

B - Multi Steel Balls: You throw 2 Steel Balls, each dealing 7 damage. With Spin charged, it deals 9.5 damage. Each steel ball comes back to your hand hitting them 4 times at max. This has an approximately 21 second cooldown. All 4 hits are blockable.

N - Golden Skin: Your skin becomes golden, reducing damage taken by 30% for one minute. The cooldown is one minute and 15 seconds and begins when the move is used, so at max upgrade it has a practical cooldown of 15 seconds. 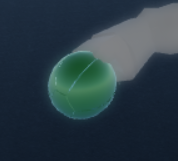 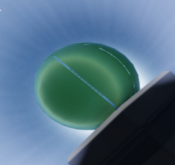 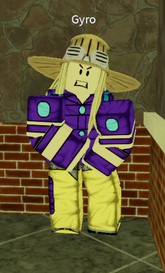