A normal arrow, but with a beetle-like shape on it and a red gem and also loses it's feather.

The Requiem Arrow is a modified version of a Mysterious Arrow, which is used to evolve certain stands, almost all of those stand being the ones canon to JoJo's Evolved stands. The stronger evolution of a stand or its, "Requiem variant." will either be reworked like Star Platinum: The World or gain new, stronger moves like Gold Experience Requiem.

You must have Worthiness V in the Player Skill Tree to use this arrow successfully, otherwise, it will turn you to stone, wasting (erasing) the arrow and not giving a Requiem Stand.

You also need Prestige I (1) or above to use this arrow, and a Stand that is capable of turning into it's Requiem form. For example, Beach Boy cannot turn into a Requiem Stand. If one of the two conditions above are not met, the arrow will simply say "The arrow senses that you are not worthy...", however does not waste the arrow.

This item cannot be traded.

How to Obtain a Requiem Arrow

There are a few ways to obtain Requiem Arrows, the first two are very simple: complete the Storyline,or complete Prestige Master Rin's Metal Ball Run quest to gain the ability to buy Requiem Arrows off of Isabelle the Arrowsmith. The storyline can only be completed 4 times with one for each Prestige, but you can buy as many Requiem Arrows as you want from Isabelle. The next way to get a Requiem Arrow is by redeeming codes but new codes come out rarely, meaning that this method is very unreliable. The last way to obtain a Requiem Arrow is via the Arcade though, it isn't likely to roll one (~3% chance). 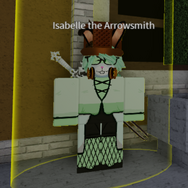 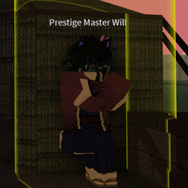 Prestige Master Will In SBR Lobby